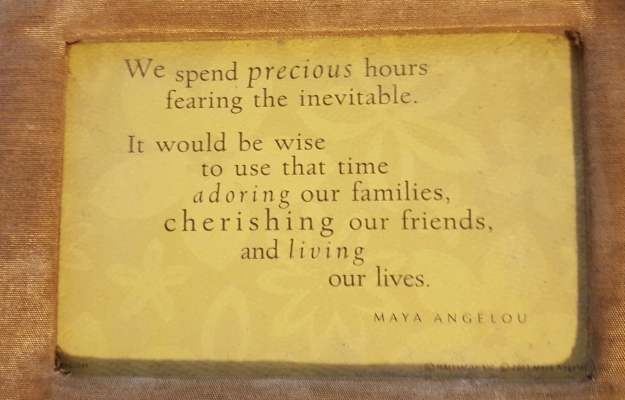 On the last Mother’s Day I spent with my mom, I gave her a keepsake box, with a Maya Angelou quote on top:

“We spend precious hours fearing the inevitable. It would be wise to use that time adoring our families, cherishing our friends, and living our lives.”

That box now sits on my dresser, holding some of my most precious mementos: photo of my kids, my mom’s charm bracelet, the hair clips my stepdaughter and I wore at my wedding.

On Mother’s Day 10 years ago, my husband gave me a jar of baby food. We had just learned that I was pregnant a few days earlier. Yesterday that little baby scored a couple runs at his baseball game and a touchdown at flag football. Today he gave me a handmade card:

“Thank you for being so supportive of me, caring for me, and giving me so many opportunities though my years so far. I know how hard it is to take care of a kid, so I just wanted to say thank you for everything you have done.”

That one’s going in the box.

And my beautiful stepdaughter is about to have a daughter herself. She was the first one to make me a mom when she came into my life 15 years ago, and soon she will make me a grandma.

That Maya Angelou quote is fitting for this holiday, which is wrapped in so many memories and emotions. On this day reserved for Moms – who, let’s face it – will still be doing laundry or changing diapers, packing lunches and checking homework – we all have reasons to celebrate, and reasons to mourn.

Many of my friends are without their moms today too, some for the first time. And there are the heartbroken moms who have lost their children and women who long for babies of their own.

This Mother’s Day, I had brunch with my husband and son. They toasted me and gave me flowers, and I felt their appreciation. Thanks, guys. I love you.

And I thought about my mom, of course, because so much of who I am today I owe to her, and I will always miss her. I thought about all the strong women in my life who are mothers, daughters, sisters, grandmothers, stepmothers, mothers-in-law, aunts, single moms, nieces, cousins.

As we make our way through this life, becoming mothers and motherless, I will take Maya’s words to heart.

I adore you. I cherish you. 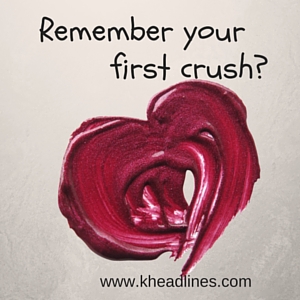 A girl has a bigtime crush on my 9-year-old son. She is cute, smart, and funny, with a bit of attitude and a bold streak. She has not been subtle about her feelings for him.

She has recited a poem to him, rushes to sit with him on the bus, and talks to their classmates about how cute my boy is. Other times she chases him around the playground and they pretend to hate each other, because, well, they’re third-graders.

I admire her confidence and find the whole thing pretty adorable. I’ve known this girl for a couple of years and her mom for much longer. I like this girl. My son likes her. But he is not ready for this talk about “liking” someone.

“We are in elementary school!” he says emphatically when the subject comes up. “El-e-men-tar-y school.”

I agree with him. I’m glad he can be friends with girls and boys, and I told him no matter how he feels, to always be nice to her. (“Obviously, Mom!”) I don’t want her feelings hurt. Kids aren’t always kind, and boys don’t always express their emotions in the best way. I think my son has a good handle on the situation, and I predict they’ll be friends for a long time.

But I remember how those crushes go. Don’t we all? Even as adults who have survived actual heartbreak and real relationships, we remember those childhood hurts.

The boy I was in love with when I was 9 presented me with a palm branch at church on Palm Sunday and asked me to marry him. I was over the moon. I kept that branch, that token of his undying devotion, until it was brittle and brown. We flirted off and on for a few years, but as childhood romances go, nothing else ever happened and I was crushed when his crush subsided.

(I’m happy to report that we are still friends all these years later and he is happily married to his husband.)

I remember those feelings that you don’t really understand but that you can’t avoid when you’re just a kid. Palm branch boy broke my heart for a minute, and I did the same thing to another boy.

He was a bit of a nerd, super smart with curly hair and rosy cheeks. He always wore turtlenecks and his favorite thing to do was study ancient Egypt. He was intelligent, nice, and made no secret of how much he liked me.

He wrote me notes and complimented me. One year he drew my name for a class holiday gift exchange and I remember him literally squealing with delight. He gave me a perfume and powder set. The powder came in a bright green plastic apple and the perfume in a bottle shaped like a turtle. It was a much nicer present than kids usually exchanged.

Our school took an annual trip to the roller rink, which was a highlight of the year. And there was always the “snowball dance,” when they would dim the lights, turn on the disco ball, and skaters would make their way around the rink holding hands. (I know this would never happen in elementary school today, but it was the ‘70s.)

The boy approached me in front of all my friends and asked me to skate with him. I was interested in this hand-holding idea, but I wasn’t so sure about doing it with him.

He looked grief-stricken. It took him a lot of guts to come up and ask me, and I rejected him. My friends giggled as he walked away. I have felt bad about it for decades.

After that, we didn’t talk much, and the next year we went to separate schools. I saw him again when I was a senior in high school when we shared a class together. I said hi, but neither of us initiated any more conversation. I feel bad about that too. It seems like it was up to me.

Who knows if he even remembers me or this slight that haunts me. I have Googled him a few times – he has a distinctive name, so I thought he’d be easy to find somewhere. But I have never located him. I don’t know what became of him and his life, but I imagine he’s successful, and I hope he’s happy.

I’d like to tell him thanks for asking me to skate. Thank you for the gift and the notes. Thanks for thinking I was special. I’m sorry I hurt your feelings.

But you know, we were in elementary school.

(Do you have a story about a childhood crush? I’d love to hear it in the comments. And if you liked this post, feel free to share it.)

The  T-shirts were identical.

A sea of kids wore the shirts, which declared them members of the DREAM team at their school’s fun run. They made their way around a track lined with orange cones as they sang along to Taylor Swift and Bruno Mars. In these 30 minute blocks with their classes, they were all in it together, running to raise money for playground equipment and field trips and musical instruments.

But those shirts were all they had in common.

There were the superstars who ran lap after lap with ease and got lots of high-fives. Some struggled to keep up (the chubby kid in me related to them) and received lots of encouragement. A few stumbled, and their classmates reached out to help them up. Two kids from a special needs class tightly held hands the whole time, guiding each other through rowdy mob. One boy happily  jogged along in heavy winter boots.

Sadly but surely, some of them will have an easier time in life than others. I wondered how many of them have people in their lives with the resources to make pledges so they could win highly coveted prizes like a screaming flying chicken and how many of their families don’t have a credit card, checking account, or address. How many excel in school and how many of them can’t read?

All these kids, from diverse background and experiences, are learning who they are, what they are good at, where they fit in, how to stand apart.

They whizzed by me, stopping briefly as I marked each lap on the backs of their shirts,  and I delighted in their exuberance and individuality. I gained even greater appreciation for the teachers who work with these distinct personalities all day. (And I realized some of these boys need deodorant at a much younger age.) I wished for each of them, no matter their circumstances, the same opportunities and a bright future.

The other parents and I predictably cooed, “They are sooo cute!” But oh, these extraordinary human beings are so much more.

They are athletic and awkward
Witty and wise
Shy and shameless
Friendly and ferocious
Caring and crazy
Lovely and lonely
Outgoing and optimistic
Tender and tortured
Clumsy and cool
Polite and precocious
Determined and dramatic
Gregarious and gentle
Fearless and fragile
Wounded and wry
Respectful and ridiculous
Silly and sweet
Charming and courageous
Intelligent and indignant
Angry and adorable.

Each of them beautiful. All of them worthy.

Dream on, kids. The world awaits your unique gifts. 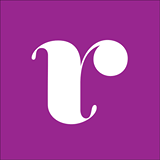